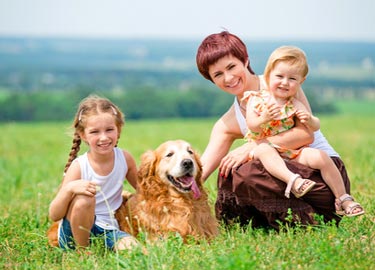 Email: info@nolanandnolan.com
"The father of my daughter called the Department of Children and Families making false allegations of me neglecting our daughter. DCF came to my home one day and removed my daughter without warning or even verifying the allegations. Thank God I had Mark Nolan representing me. He went to court with me and was able to get my daughter back. I will always be grateful for his hard work and devotion. Thanks Mark. You're the best!"
K.S.
"I was involved in an abusive relationship and the Department of Children and Families came to my house one day and took my children without warning. It was the worst day of my life. Attorney Mark Nolan represented me and despite DCF refusing to return my children, Mark was able to convince the judge that returning my children to me was the right thing to do. I am no longer in an abusive relationship and have my children with me. I don't know what would have happened if Mark wasn't there to help me. Thank you so very, very, very much!"
C. E.
"When my son was 15 years old he was hanging out with the wrong kids. They ended up causing some property damage. I was given the name of Mark Nolan. He came to court with us and he was able to resolve the charges against my son. I was impressed with his courtroom demeanor as well as his effectiveness. As a result of hiring Nolan and Nolan, my son still has a clean record. I would recommend Mark Nolan to someone in need of an attorney."
P.O.
DISCLAIMER
Nolan & Nolan has prepared this website and the contents contained therein solely for informational purposes. The contents of this website are not to be considered legal advice. Neither this website, nor access to or receipt of information therefrom, is intended to create or constitute a lawyer/client relationship. This website is not intended as a substitute for legal counsel, and no one should act upon any information contained in this website without seeking legal counsel.

Attorney Mark A. Nolan has extensive experience representing both juveniles and adults in all matters before the juvenile courts throughout Massachusetts; including juvenile criminal matters and Care and Protection cases which involve the Department of Children and Families (DCF), formerly known as the Department of Social Services (DSS).

DCF can become involved in your life because of a complaint filed against you, even an anonymous complaint, alleging the abuse or neglect of your child or children. Most school employees, nurses, doctors, social workers, police officers and others are "mandated reporters" which means that they are required to file an Abuse and Neglect Report (51A) with DCF, pursuant to Massachusetts General Law 119, §51A, if they merely suspect a child has been abused or neglected. They do not need proof to file a 51A. Mandated reporters may file a 51A because of something that was told to them (oftentimes by young children) without analyzing the veracity of the statement. Oftentimes statements, especially those of children, are not reported accurately, or are taken out of context; causing irreparable harm to a family.

Many times, persons such as an angry neighbor or ex-partner make false allegations to DCF in an attempt to harm you. These false and harmful claims of abuse or neglect can turn your life upside down by sending DCF to your door to interrogate you or a family member. This is a reality that happens to thousands of families each year. Bare allegations, without independent verification, can result in the immediate removal of a child from their parent's custody. If this happens, the parent is now on defense attempting to convince DCF that they are a good parent in the hopes of having their child returned to them. If DCF enters your life, get qualified legal representation immediately.

If your child is removed from your custody on an emergency basis, DCF has to file a Care and Protection case with the Juvenile Court. Care and Protection matters, if not resolved, can result in a termination trial where DCF seeks to terminate the parent's parental rights as to their children. It is extremely important that you obtain competent representation from an attorney well versed in juvenile law as the rules of evidence are significantly different than in adult courts. A competent attorney in adult court is not necessarily a competent attorney in the juvenile courts. Attorney Mark A. Nolan has many years of experience representing clients in Care and Protection cases as well as other matters involving the Department of Children and Families including 51A reports, 51B Investigations, Assessments, Termination of Parental Rights trials, Fair Hearings, Guardianship matters, Adoptions and CRA issues.

Being unrepresented or inadequately represented when dealing with the Department of Children and Families may have very serious and permanent consequences. You are strongly urged to seek qualified legal representation to protect your rights in these very difficult situations. Your parental rights as to your children depend on it.

There When You Need Us